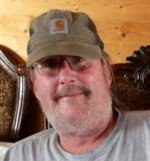 Norman traveled the United States while working as a superintendent for Forby Contracting out of Hinkley, MN for over 34 years. His hobbies included hunting, fishing, travelling and spending time with family. He loved a good joke as well as canning and cooking.

He was preceded in death by his father, Walter and his grandparents, Charlie Lauck Sr. and Elizabeth Lauck and Jake and Grace Mammenga .