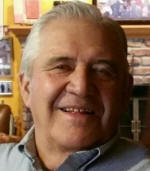 ﻿Gary Vanderpol, 81, of Harrison, SD passed away Thursday, November 12, 2020 surrounded by his family at home. Memorial Services are 10:30 A.M. Saturday, November 21, 2020 at the New Holland Christian Reformed Church. A private family Committal Service will take place at the New Holland Cemetery. Visitation will be held at the church from 5:00 – 7:00 P.M. Friday, November 20, 2020 with a 7:00 P.M. Prayer Service. The Memorial Service will be live-streamed under “Photos and Videos” on the funeral home website or through “Mount Funeral Homes” Facebook page.

Gerrit Rolland, son of Rolland and Hattie (Tucek) Vanderpol was born on May 2, 1939 in Douglas County. He married Patricia Davidson on October 14, 1960 in New Holland, SD. Four children joined this union: Steven, Laurinda, David and Thomas. He was a member of the New Holland Christian Reformed Church where he served as elder and deacon. Gary had many interests, but his main goal was to see more people saved. He had a heart for missions, especially after his son Tom, Mercy Wings missionary pilot lost his life serving his Lord in Guatemala. Gary’s passion for missions included Living Water Teaching and Love and Grace Church in Guatemala, South Indian Outreach in India, Vanderpol Christian Academy and City Word Fellowship in the Philippines, the Sunday School children in Lake Andes and many other ministries and partners around the world.

Known as a hard worker with the white CAT hard hat, Gary has owned and been a part of Vanderpol Construction Company for over 60 years. He was a very talented and creative builder. He always had an active project in the works with another being planned before the last was completed. He built motorcycles, three-wheelers, cars, airplanes, antique construction equipment and repaired pedal bikes for sunday school kids. A few projects can be seen online at Gary’s Trikes and Things.

Flying was an interest to Gary since he was a young man. He was a licensed private pilot and enjoyed giving rides to many, including at the annual cadet rocket launch for many years. He also enjoyed the squeals from those that dared join him in air aerobatics as they viewed the words on the dash “if you died today, where will you spend eternity”.

In lieu of flowers, memorials in Gary’s honor for ongoing ministries may be directed to the: Tom Vanderpol Memorial Fund, 27406 377th Ave., Harrison, SD 57344.