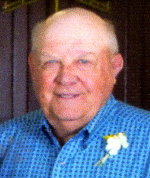 Stanley was born July 29, 1947 to Herbert and Minnie (Moke) Gerlach in Parkston, SD. He grew up on the farm and attended country school in Garfield Township through the 8th grade. He attended Parkston High School where he was an outstanding athlete, especially in track. After graduating in 1965, he served his country in the South Dakota National Guard. He was united in marriage to Carol Koster on October 28, 1971 at Ss. Peter & Paul Catholic Church in Dimock, SD. Stanley worked for a short time at the Corsica Sale Barn but spend most of his life on the home place farming, first with his mother and eventually as the sole owner/operator of the farm. He was an avid farmer who enjoyed short drives just to check on the crop. He was a member of the American Legion, Corsica COOP board, Dimock COOP board, church council and enjoyed bowling and playing volleyball. He very much enjoyed attending his grandchildren’s activities.

He was preceded in death by his parents; an infant son, Shawn; and a brother, Darwin.