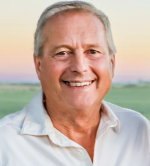 ﻿Daniel Lee "Dan" Niewenhuis, 64, of Corsica, SD passed away Sunday, September 4, 2022 surrounded by his family at home. Funeral Services are 10:00 AM Thursday, September 8, 2022 at the New Holland Christian Reformed Church, New Holland, SD. A Committal Service will follow at the New Holland Cemetery. Visitation will be held at the church from 5:00 - 7:00 PM Wednesday, September 7, 2022 with a 7:00 PM Time of Remembrance. In lieu of flowers, memorials in Dan's memory may be directed to: Dakota Christian School, 37614 SD Hwy 44, Corsica, SD 57328 or New Holland Christian Reformed Church, Playground Fund or New Building Fund, PO Box 3, New Holland, SD 57364. Mount Funeral Home of Platte, SD is assisting with arrangements. Expressions of sympathy may be extended to the family through mountfuneralhome.com. The funeral will be live-streamed under "Photos and Videos" on the funeral home website (Webcasting) and through “Mount Funeral Homes” Facebook page.

Daniel Lee Niewenhuis was born on August 19, 1958 to Eugene and Evelyn (Vander Tuin) Niewenhuis in Platte, SD. He attended New Holland Christian Grade School and graduated from Dakota Christian High School in 1976. Dan was united in marriage to Jody Overweg on October 2, 1981 at the New Holland Christian Reformed Church. They made their home on the Century Family Farm where he lived his entire life. Together they raised their family while he pursued a career in dairy farming. Dan and Jody opened their home and hearts as foster parents to many children.